International networks of local governments once again united their strength during the Climate Change negotiations at COP24 that took place from 3 to 14 December in Katowice, Poland.

The urgency of acting on climate change 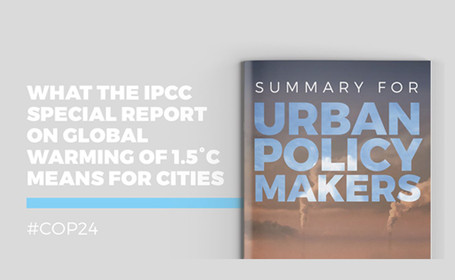 COP24 negotiations came at the tail end of a year marked by unprecedented increase in temperatures in all continents, as well as natural disasters affecting local populations at an unprecedented large scale. Numerous calls were made for nations to ratchet up their commitments, including at the Global Climate Action Summit held in San Francisco in September 2018.

2018 delivered a hard-fact reality check with the release of the IPCC special report on 1.5 degrees, which added a layer of urgency to the surge of activity this year, warning us that even a 1.5-degree scenario comes with significant global impacts: up to 69 million people exposed to flooding and 15 percent of the population exposed to severe heat. Between the CitiesIPCC conference, the Global Climate Action Summit and the Cities and Regions Talanoa Dialogues, there is substantial momentum building for science-driven, evidence-based climate action co-designed by all levels of government and a cross-section of non-governmental stakeholders.

At COP24, a delegation of 80 local and regional leaders from all world regions brought their commitment towards deep transformation, while calling on nations to translate global momentum into political decisions and actions that achieve higher climate ambitions.

80 local and regional leaders from all international networks of local and regional governments from the Global Taskforce including ICLEI, UCLG, the Global Covenant of Mayors, C40, nrg4SD and UCLG Sections and Members, CEMR, UCLG Africa and Climate Chance, made their way to COP24 to continue commit doing the thoughtful, transformative work required to create a serious and steady shift towards the ecological transition that should maintain a well-balanced use of our natural resources.

We called on heads of states and ministers to make unambiguous and significantly bolder mitigation commitments that align with the 1.5-degree target, and reflect the emissions reductions potential of cities.

“The Barcelona Climate Plan #PlaClimaBCN is 1.5°C oriented and is connecting climate and social goals, science based. We are asking for more ambition to states” Frederic Ximeno, Commissioner for Ecology in Barcelona

Building on the Spirit of Talanoa Dialogues

Over the course of 2018 local, regional and national governments engaged in a worldwide conversation on multilevel, multi-stakeholder climate action through the Cities and Regions Talanoa Dialogues. Launched by ICLEI and supported by the Global Taskforce, these dialogues mark the start of concerted efforts by local governments, regional governments, their networks and partners to make multilevel, multi-stakeholder climate action a standard part of national climate planning and implementation.

Over the course of 2018, more than 60 Cities and Regions Talanoa Dialogues were held in 37 countries, of which over 60% happened in the Global South. Organized to align with the spirit of Talanoa – a Fijian word connoting inclusive, transparent dialogue – the Cities and Regions Talanoa Dialogues have breathed new life into national climate action. They have shown that all levels of government and subnational actors are ready and willing to collaborate, and make that critical linkage between climate and urban policy.

Local and regional governments around the world commended the COP23 and COP24 Presidencies in successfully convening the Talanoa Dialogues and expressed, at the Closing of the COP24 Talanoa Dialogue, the wish to together deliver the Nationally Determined Contributions (NDCs) and raise national and global ambitions through multilevel collaboration.

"Let us build on the positive results of the Talanoa Dialogues of 2018. The collaborative and constructive spirit based on multi-level dialogue must continue for the post-COP24 period”. Mohamed Sefiani, Mayor of Chefchaouen, President of the World Forum on Intermediary Cities.

For a clear governance of the Paris Agreement Work Programme 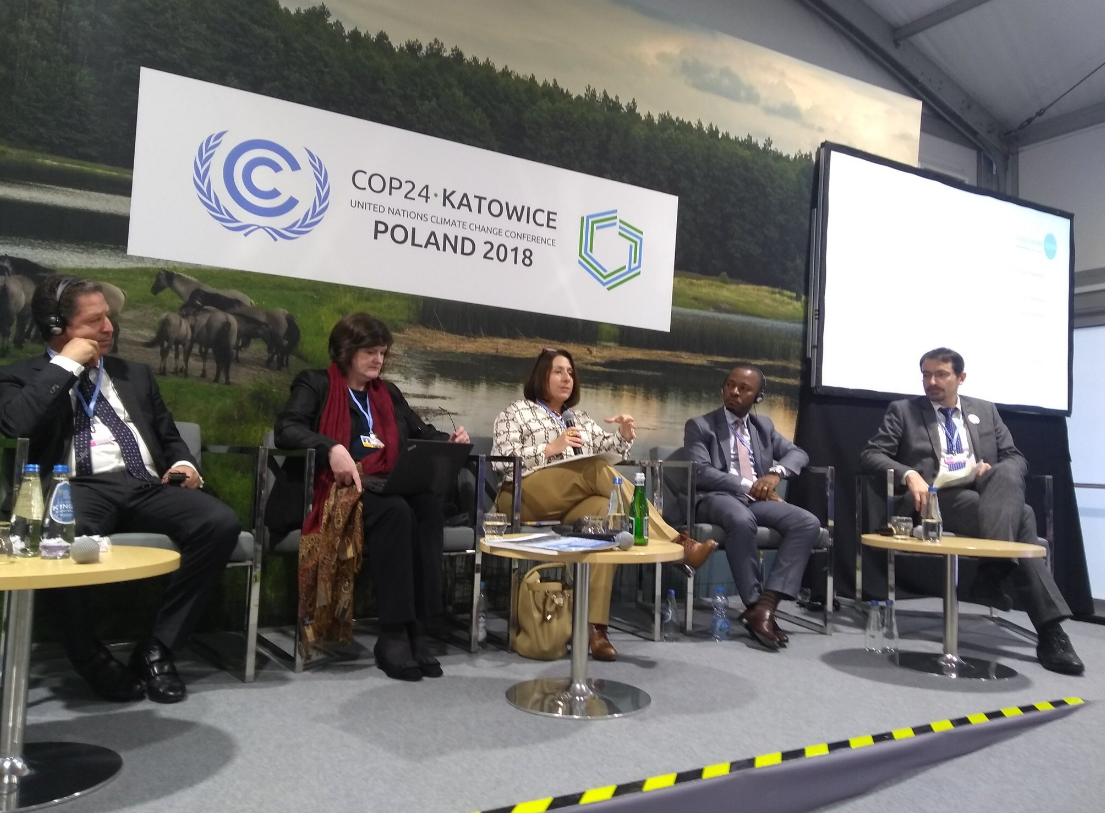 From the local government perspective, it is important that rules governing implementation of the NDCs be clear and transparent. We are, and will continue to be, active partners in shaping and implementing national climate policy. The more we know about the process and requirements, the better able we are to engage, identify gaps, contribute data and support continuous review and improvement – ultimately supporting nations to ratchet up ambition ahead of 2020, when they submit new or revised commitments.

In Katowice, local and regional governments made a plead for a clear decision that this process will be integrated into the Paris Agreement implementation rules, securing our place as vital and active partners in both pre-2020 and post-2020 conversations.

COP24, like any other COP, is one stop along the way in local governments and networks’ efforts to make ambitious, inclusive climate action a standard model in each country. We will continue to represent city leaders, and work with our national partners to bring about real, deep transformation.

We will bring this collaboration to our everyday efforts, and to global fora to accelerate momentum. We are looking ahead towards the 2019 United Nations Climate Summit, a space to mobilize political and financial backing for climate action, and all components of the 2030 Agenda for Sustainable Development.

Cities and Regions at COP24: https://www.youtube.com/watch?v=wkyraMyWnQ4

Call to urban policymakers: “Build a secure future by aligning your climate strategies to the latest science”