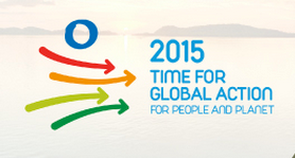 The 2nd session of intergovernmental negotiations on the Post-2015 agenda are taking place from 17 to 20 February in New-York.

This session is focusing on the Declaration, and the discussions were based on the Elements Paper shared by the co-chairs the week before.

Major Groups and stakeholders had been invited to provide their comments to this paper. The amendments received from the GTF provided the basis of the statement delivered by the Local Authorities Major Group before the Member States at the interactive dialogue of Major Groups and other stakeholders on the 19th.