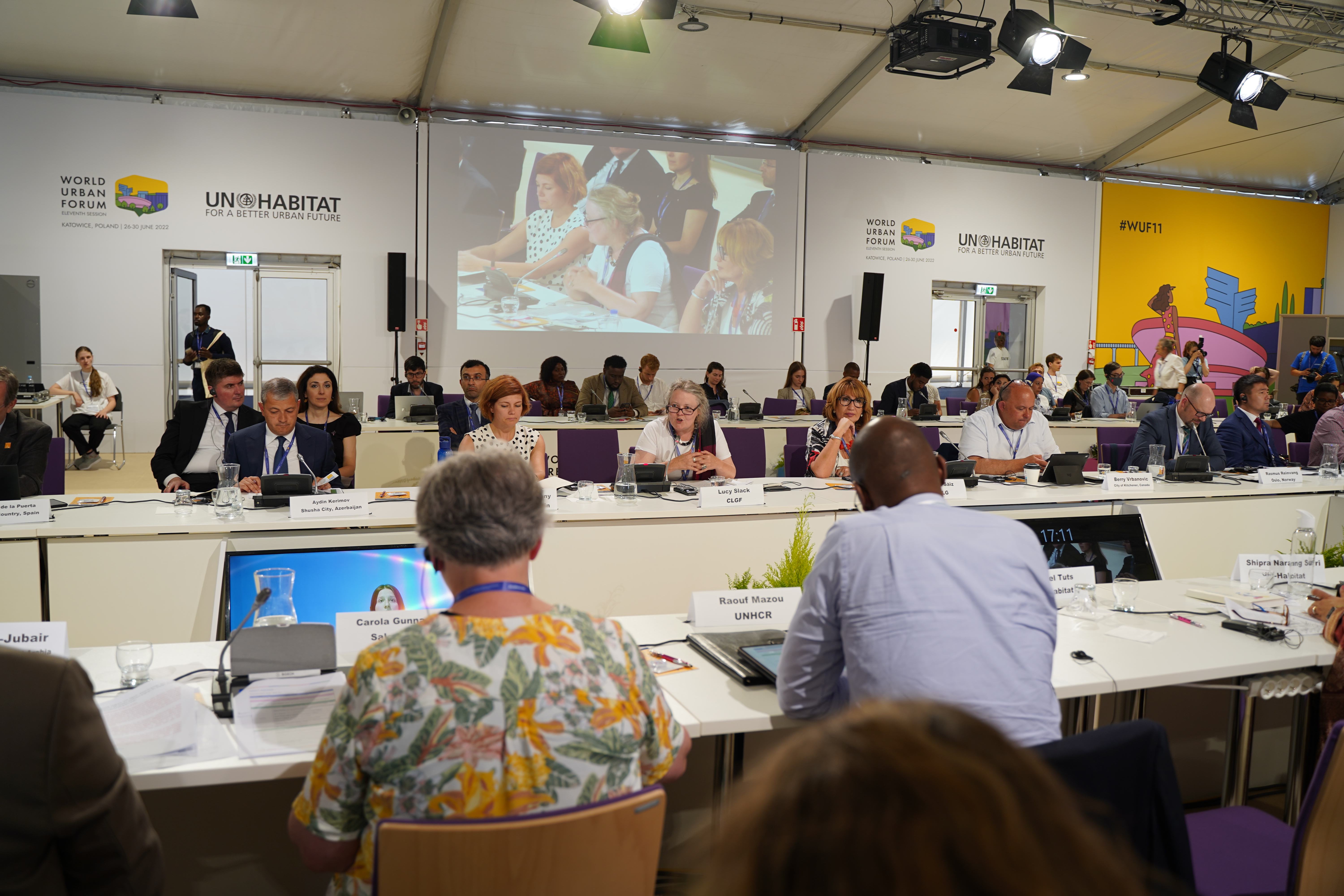 On 27th June, the Local and Regional Governments Roundtable, co-organised by the Global Taskforce and UN-Habitat gathered mayors, representatives of national governments, and partners and in the context of the 11th session of the World Urban Forum in Katowice

The session discussed the role of local and regional governments in reimagining cities for a more inclusive, greener and  prosperous future, in close collaboration with different levels of governments and sectors of society, from a double approach: through the lens of empowerment, discussing the need to strengthen an enabling environment for local and  regional governments to deliver on their mandates; and through the lens of caring, highlighting the critical role cities play to reach those furthest behind.

The discussion, which was facilitated by UCLG Secretary General Emilia Saiz, counted with the opening of Rafael Tuts, Director for Global Solutions Division at UN-Habitat, who stressed the importance of reinforcing the capacities of local public systems, notably through enabling decentralised frameworks.

Shipra Narang Suri, Chief of Urban Practices Branch at UN-Habitat, moderated the first segment of the discussion, which focused on the empowerment of cities. UCLG Governing President and Mayor of Kitchener Berry Vrbanovic opened the panel calling on jointly looking for a model that ensures basic needs of communities are being met, based on a rights approach focused on access to housing, healthcare, education, and gender parity, and is enabled by consistent and resilient forms of funding. 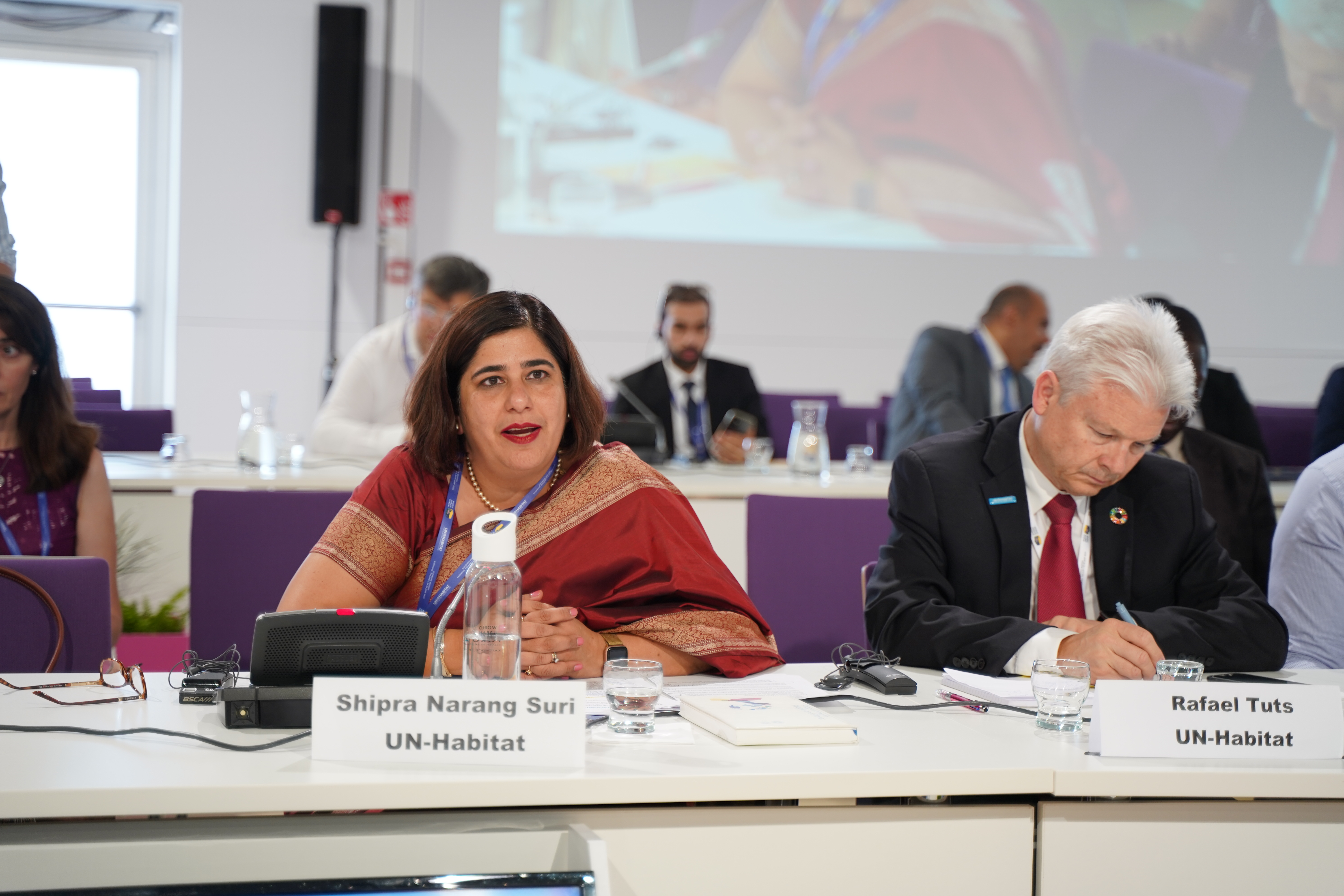 Rasmus Reinvang, Vice Mayor of Oslo for Urban Development shared the ambitious green agenda of Oslo to be a net zero emission city by 2030 through policies focused on waste management and enhanced public transport, even more in the aftermath of the pandemic, which exacerbated already existing social inequalities.

Florah Noliqwa Maboa-Boltman, Deputy President of the South African Local Government Association (SALGA), noted the need for local and regional governments to promote socio economic development and shared a framework developed by SALGA to foster inclusion and provide care for vulnerable groups, including uplifting the place of women, and providing access to shelter, nutrition, safe water, healthcare and sanitation. Bekbolot Arzibayev, Vice Mayor of Osh, called on deepening social and economic cooperation with cities from other countries and to expand the list of partners to strengthen economic ties and relations while fostering east-west solidarity.

The national sphere was represented  by Ángela de la Cruz Mera  Deputy Director for Urban Policies at the Ministry of Transport,  Mobility, and Urban Agenda of Spain, and  Marylin M. Pintor, Philippines Undersecretary Vice Minister for Human Settlement  and Urban Development The Spanish representative highlighted the importance of the New Urban Agenda for strengthening multilevel governance, the local administrative level and a fantastic package to achieve global sustainable development; and the Undersecretary Vice Minister of the Philippines reinstated the commitment of the Philippine government to implement the New Urban Agenda through multilevel governance approaches aimed at improving monitoring and evaluation and integrated planning, with the provision of basic services and the access to housing at the core,

David Jackson, Director for Local Development Finance at the UN Capital Development Fund (UNCDF), recalled the importance of financing being made accessible to cities if national goals are to be achieved, in particular related to climate finance and adaptation, and the need to attract non-sovereign finance, such as local governments bonds or investment funds, while avoiding diminishing standards nor walking the road towards privatisation.

The second leg of the session explored ways to promote caring cities, stressing the central role cities play to leave no one behind. The session was moderated by Lucy Slack, CLGF Secretary General, who introduced the importance of caring cities moving forward together, as a movement. Fahad Al-Jubeir, Mayor of the Eastern Province of Saudi Arabia, highlighted how the pandemic had contributed to the speed up of digitalization transformation at the municipal level, including simplifying access to administrative and health related services 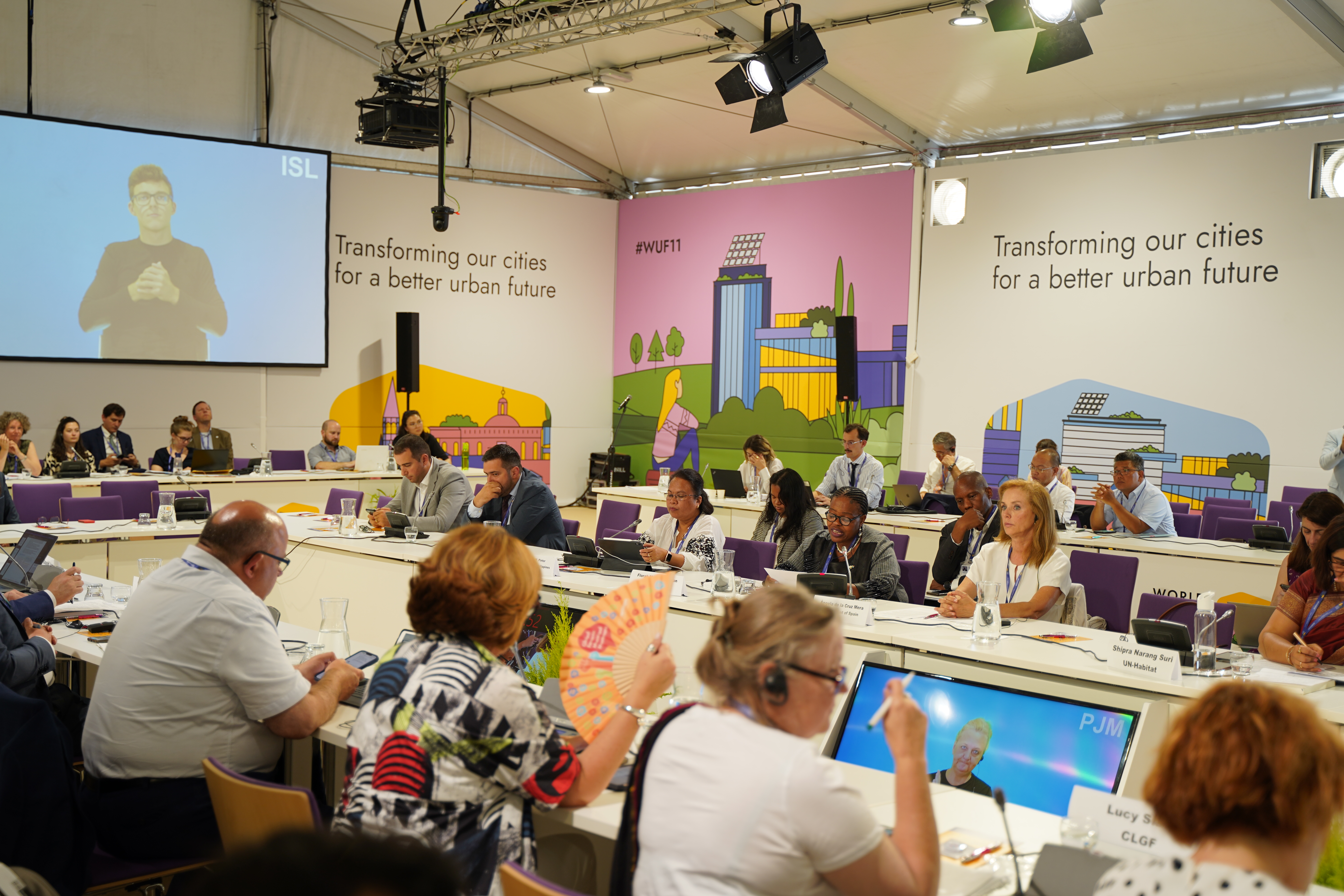 UCLG Vice President for Europe and Mayor of Sala Carola Gunnarsson, explored the foundations of care and local services as ones based on human rights and the right to the city, built in dialogue with the people to ensure inclusiveness, and founded on caring welfare systems that provides opportunities for everyone. Elisenda Alamany, Councillor at the Metropolitan Council of Barcelona, noted that one the trends emerged during the pandemic was the protection from institutions to people and shared how Barcelona has been working to upscale public spaces and housing to the requirements of the 21st century while addressing the needs of social and economic communities during the pandemic.

Carlos Maya, Mayor of Pereira, recalled the importance for cities and regions to have access to appropriate funding, including through strengthened tax collection at the local level, to address social and economic challenges emerging from the pandemic. Aydin Kerimov, Special Representative of the President for Shusha City, took stock of the devastation caused by the conflict in Nagorno Karabakh in 2020, and the importance to foster multilevel coordination for an inclusive and resilient reconstruction, and in the management of the returned population who fled home due to the conflict.

Raouf Mazou, Assistant High Commissioner for Operations at the United Nations High Commissioner for Refugees (UNHCR), acknowledged the crucial part of cities as first responders to displaced populations and stressed the need to find a new policy approach to responding to forced displacement recognising such role. Ignacio de la Puerta, Director of Territorial Planning and Urban Agenda at the Basque Regional Government recalled the efforts by the Basque Country to implement the New Urban Agenda and highlighted the challenges associated to housing policy in urban areas as they are interlinked with climate change, public finances, and access to the health care, education, and transport.

UCLG Secretary General Emilia Saiz wrapped up the session pointing at the need to connect the development and the peace conversation to move towards a broader perspective that links all the development agendas, with the New Urban Agenda as crucial lever, to promote a new way of looking at investment through decentralisation, sharing partners, and empowering local and regional governments.