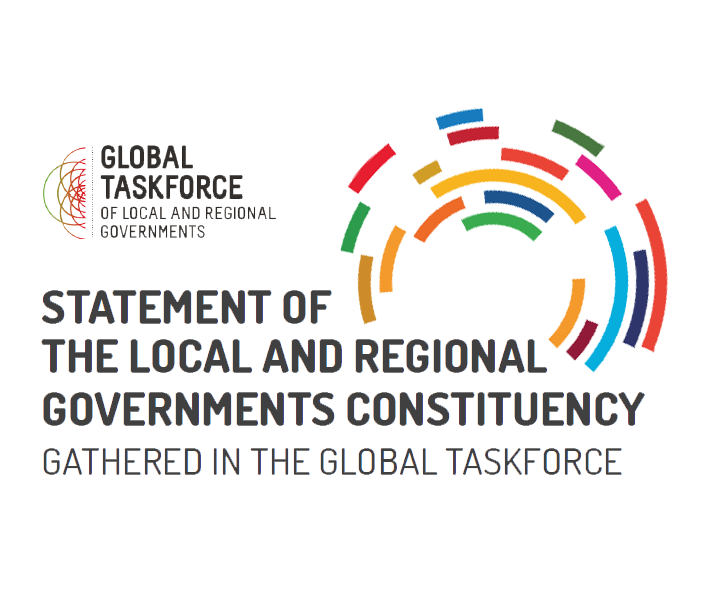 The High-Level Political Forum saw the adoption of the Statement of the Local and Regional Governments gathered within the Global Taskforce. In it, members and partners of the Global Taskforce acknowledged the need for local and regional governments to own the global agendas in order for the Global Goals to be achieved, and recognized their shared responsibility in making sure the goals were implemented, taking into account their ownership at the local level.

The importance of spaces such as the Local and Regional Governments’ Forum held in the framework of the HLPF, as well as the Local2030 Network, was acknowledged throughout the declaration. Furthermore, they are key to achieving a seat at the global decision-making tables and securing spaces for dialogue between the local and regional spheres and the national and international levels of government.

In order to further the implementation of the Sustainable Development Goals (SDGs), the Statement also recognized the importance of linking the New Urban Agenda, the 2030 Agenda and the Paris Agreement in order to accelerate the achievement of the goals. 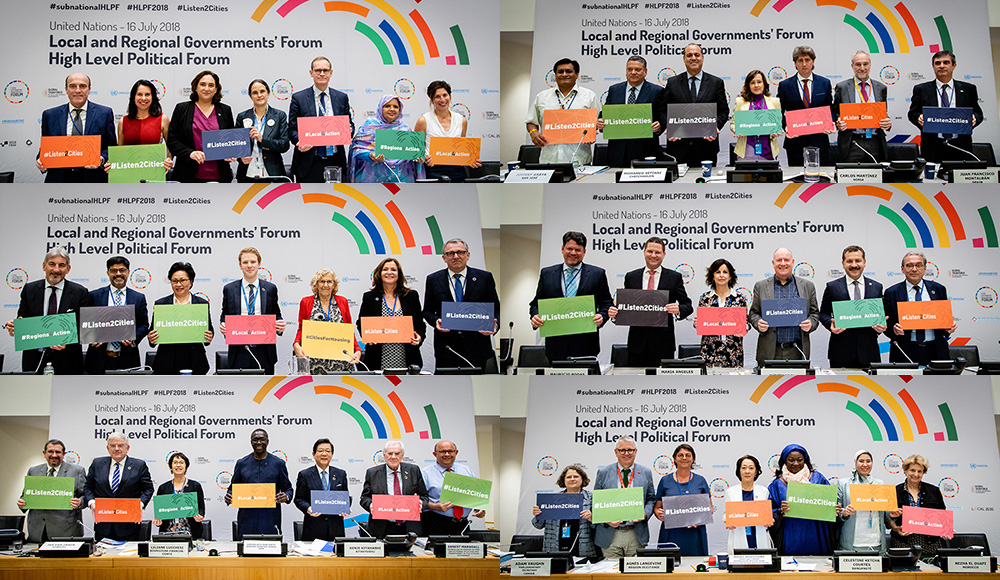 Financing, monitoring and governance: an essential part of owning the global goals and leaving no-one behind.

An important part of the statement mentioned the need for local and regional governments to be able to access funding if they are to truly own the 2030 Agenda. Clearer and fairer financial frameworks and regulatory reforms are essential to that end, as are integrated governance models that involve all spheres of government, and can foster the inclusion of local and regional communities.

The need for localizing data was also present throughout the document. Poverty is localized, and only through access to this kind of data will local and regional governments be able to place their actions where they are needed the most and ensure that nobody, and no territory, ends up being left behind. Thus, local involvement in monitoring data becomes essential to eradicate poverty and inequalities.

Let’s get to work: our commitments and expectations from national governments and the international community

The Global Taskforce shared the various commitments that its members and partners are undertaking towards the localization of the SDGs. Among them, strengthening the ownership of the goals among local and regional governments, ensuring the participation of subnational authorities in forums on sustainable development, promoting the Voluntary National Reviews at the subnational level and international cooperation among peers were the most significant.

The need to develop partnerships with civil society and include other stakeholders in the achievement of the goals was also one of the main commitments, since they could contribute with their expertise in the localization process.

Beyond their commitments, local and regional governments also called on national governments and the international community to enhance the spaces of dialogue between spheres of government and promote the implementation of the New Urban Agenda as an accelerator of the Global Goals.

The network of local and regional governments also stressed the need to carry out the task of localization and the achievement of global agendas in partnership, since it is impossible for any single stakeholder to carry it out by themselves, and called on the international community and national governments to take local governance and territorial cohesion into account.