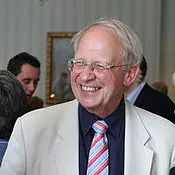 Much political attention is focussed on the growing migration and refugee crisis in the Mediterranean and the Middle East , the Indian Ocean, the US-Mexican border and elsewhere. Short term coordinated international actions – not defamatory statements by politicians - need to be urgently agreed to deal with the acute human issues involved and support those struggling host countries, mainly in the developing world, which have taken bulk of the migration and refugee influx.

However the problems of global development and peaceful societies which underlie much of the migration and refugee outflows can only be solved by concerted long term international strategies. Thus in August the UN formally agreed ‘Transforming our Word: The 2030 Agenda for Sustainable Development’. The 2030 Agenda sets out 17 Sustainable Development Goals (SDGs) and targets for the period 2015-30. These new SDGs involve an ambitious programme for international development which is universal, applying to all countries, and comprehensive, going beyond the previous poverty and basic service focus under the MDGs, setting goals and targets on a wide range of global concerns including economic growth and employment, income inequalities, urbanisation and cities, climate change; promoting peaceful and inclusive societies and building effective, accountable and inclusive institutions at all levels, including therefore local government. The inclusion of a special SDG to make cites and human settlements inclusive, safe, resilient and sustainable is of particular note.

The UN post-2015 development agenda, which will be formally endorsed by a UN Summit in September, also makes provision for implementation of the SDGs, noting explicitly that ‘Governments and public institutions will also work closely on implementation with regional and local authorities, sub-regional institutions’. In addition, member states are encouraged ‘to conduct regular and inclusive reviews of progress at the national and sub-national levels’.

Additional significance can be attached to the very substantial recognition of local government and sub-national financing which is contained in the Addis Ababa Action Agenda, agreed in July, which forms an integral part of the 2030 Agenda: a result of the intensive advocacy work which CLGF and its partners in the Global Task Force of Local and Regional Governments have undertaken over the past two years.

In its Gaborone Declaration, agreed at the CLGF Conference in June, local government sets out how it can play a key role in the implementation of the 2030 Agenda, with particular reference to promoting democracy and good governance; achieving economic growth and local economic development and creating sustainable cities and local governments; the Declaration also looks at capacity and resources-means of implementation; localising the SDGs- follow-up and review and the Commonwealth adding global value.

CLGF and its members, both local governments and ministries, will now need to devote themselves to the task of helping to actively implement and monitor the application of the SDGs and their targets in line with the Gaborone Declaration and in close cooperation with partners such as civil society and the private sector. CLGF will give every possible support to these efforts by its members and work with, in particular, the Commonwealth Secretariat to see how the Commonwealth can add value,  by developing local capacity and mechanisms to assist the implementation of the SDGs, especially in small states.

Addressing, highlighting and taking forward concrete steps to implement the global 2030 Agenda must now be the top political priority everywhere: only this way can the growing migration and refugee crisis be adequately addressed and its root causes be removed.