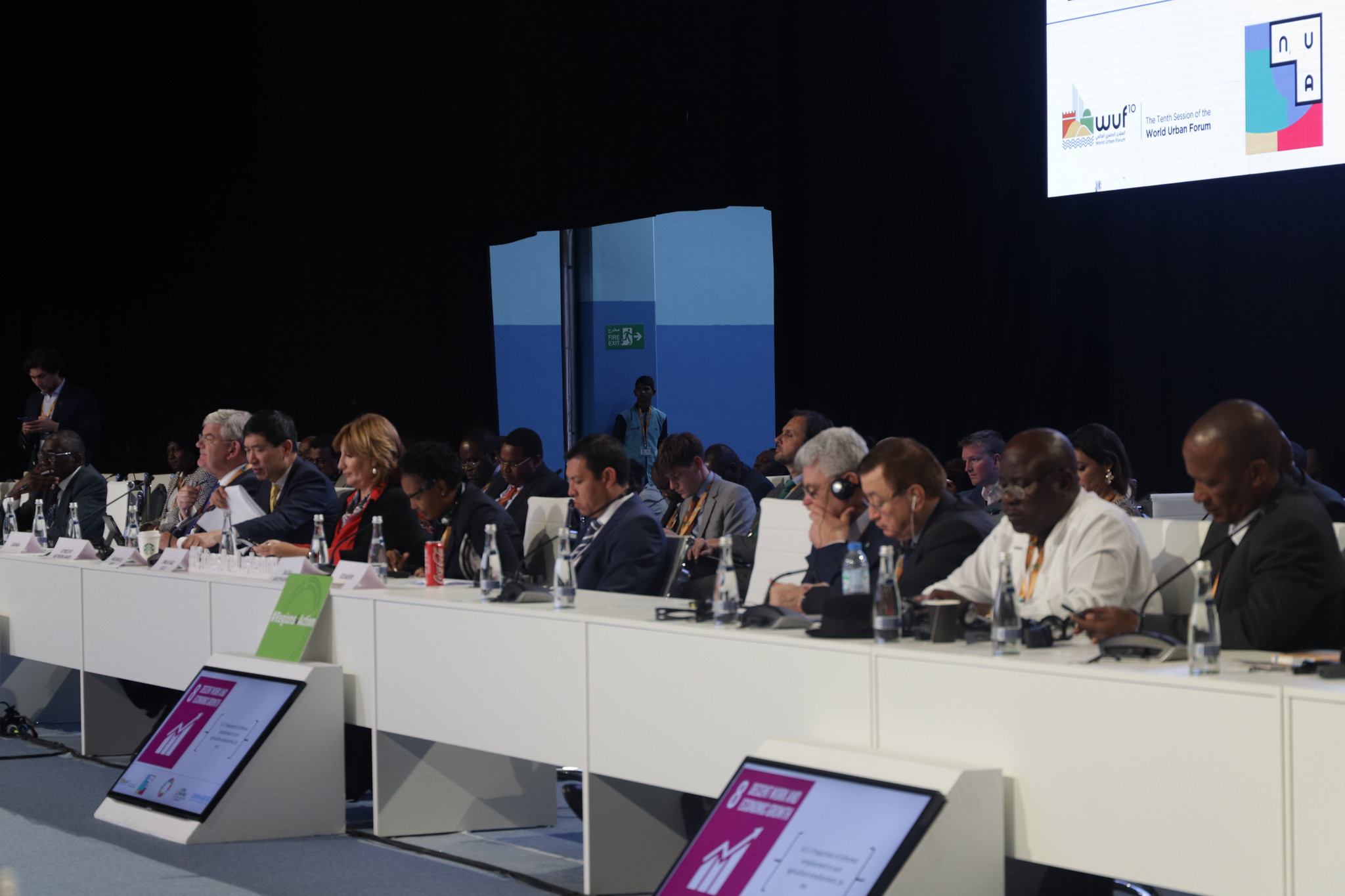 The Local and Regional Governments Roundtable that took place in WUF 10 was a powerful moment for our constituency, allowing for direct exchanges among mayors, ministers, and other high-level representatives of national governments.

Set around two moments, participants addressed the state of governance in their countries, and how to take steps to ensure better understanding and the transformation of the multilevel system.

Over 10 Ministerial representatives from Afghanistan to Botswana, Ecuador to Malaysia exchanged with Mayors from all continents from Banjul to Utrecht, Tunis, Subang Jaya and San Leopoldo.

“If we want to get cities right, we need the necessary enabling environment. We need to recognize governance as necessary to improve the life of people everywhere.” Said the Executive Director of UN-Habitat, Maimunah Sharif, who opened the Round Table seen as an important complement to the World Assembly of Local and Regional Governments that was held the day before.

“We urge all national, subnational and local governments, as well as all relevant stakeholders, in line with national policies and legislation, to revitalize, strengthen and create partnerships, enhancing coordination and cooperation to effectively implement the New Urban Agenda and realize our shared vision” (Paragraph 21 of the New Urban Agenda)

The Assistant Secretary General Assistant Administrator and Director of the Bureau for Policy and Programme Support, of UNDP Haoliang Xu facilitated the discussion emphasizing the important link between the New Urban Agenda and the SDGs.

The discussions where organized focusing on key paragraphs of the New Urban Agenda. Both Mayors and Ministers gave their perspective on how these related to their day to day work and the challenges that were still faced to achieve full implementation.

Throughout the first panel, mayors highlighted the importance of decentralization and local and regional autonomy to be able to act and to carry out the agendas in unison, and in particular to carry them out in communities. Both mayors and ministers called for implementing sound coordination mechanisms, to ease the relationship among spheres of government, and to allow a more fluid implementation of the agendas of the ground.

The role of communities was also highlighted by mayors, in particular those from the Global South, who explained how embracing the voices and demands of the civil society allowed for better governance, had allowed to foster transparency and accountability, and to provide recommendations to local and regional governments in issues such as gender equality, addressing informalities, and the right to the city.

Throughout the session, mayors addressed, in particular, the need to ensure trust among governments to achieve the agendas, and to enhance competencies and resources to carry out projects. Furthermore, they asked ministerial representatives to  listen to communities, and to their closest representatives.

Ministers from national governments addressed national plans, upscaling efforts from the local sphere, and all country policies, as well as the efforts being done. This was especially true in countries facing difficulties such as Afghanistan, which had undertaken a programme to empower communities through social auditing, to allow for community involvement in decision-making to truly shine.

“We acknowledge the importance of local governments as active partners in the followup to and review of the New Urban Agenda at all levels and encourage them to develop, jointly with national and subnational governments, as appropriate, implementable follow-up and review mechanisms at the local level, including through relevant associations and appropriate platforms. We will consider strengthening, where appropriate, their capacity to contribute in this respect.” Paragraph 163 of the New Urban Agenda

Ministers also highlighted efforts being made in issues that affect communities directly. Provision of decent housing, and efforts in regards to the financing of local councils, were shared by ministerial representatives who stated that the goal was, indeed, to leave no one behind.

Our constituency remains hopeful that these dialogues will be consolidated in the framework of the United Nations, and we need to go beyond sharing experiences and needs, and become more frequent and fluid in order to become a structured dialogue between our sphere of government, national governments, and the international system.