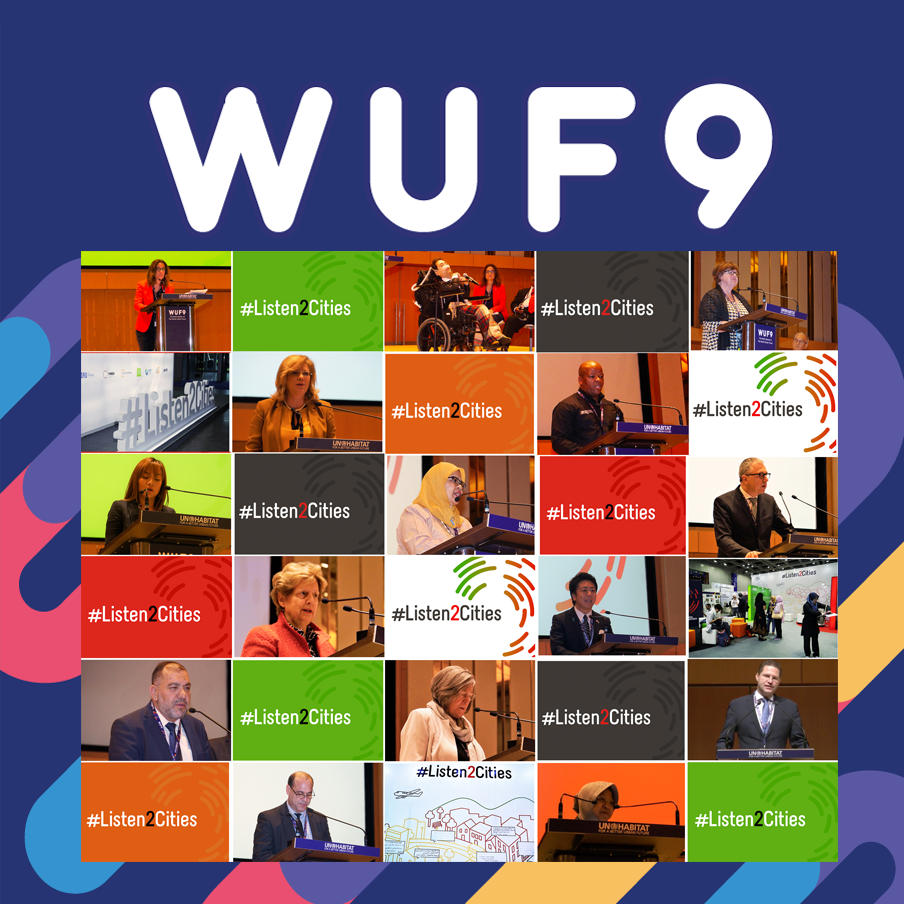 Saying goodbye to WUF9 is just the start! A GTF reaction to the Kuala Lumpur Declaration

The Ninth session of the World Urban Forum has come to an end and, from the Global Taskforce, we would like to celebrate the presence of all actors and partners of the urban community. We would also like to the positive energy experienced there and the wealth of information, ideas and initiatives shared. We take pride at the important presence of the networks of local and regional governments and thank profoundly the many political representatives which made it to Kuala Lumpur.

We would like to welcome the Declaration on Cities 2030, which acknowledges that the roles of local and regional governments ought to be strengthened in order to ensure the correct implementation of the New Urban Agenda.

The Declaration addressees both the persistent challenges faced by cities, such as the unequal access to the city and gender inequalities in economic and leadership spheres, as well as emerging challenges that require immediate responses. Among these the need to address the complexities of migrations and viewing them as an urban challenge, the rise of inequalities in urban environments and the climate change concerns are some of the more pressing.

The local and regional government constituency is committed to further promoting the concepts of accessibility and universal design when creating action plans for the cities, and we share the vision included in the Declaration of adopting an integrated territorial approach to development to ensure the sustainable management of natural resources and land.

We are grateful for the acknowledgement of the role of local and regional authorities in the monitoring and implementing processes of the New Urban Agenda. The World Assembly of Local and Regional Governments convened by the Global Taskforce remains committed, as per its role recognised in the Quito declaration, to contribute to this important work. In this regard, the inclusion in the Declaration of monitoring mechanisms which take into account actors at the sub-national level ensures that local and regional governments can be a part of the decision-making process and is an important step forward.

We feel that the continued call for developing the right to the city and the strong partnership between slum dwellers and local governments that could be sensed in the forum and were supported by our constituency, civil society groups and NGOs, in particular Slum Dwellers International (SDI), might not have been sufficiently reflected in the declaration. Our commitment, however, remains firm to continue developing those partnerships, including through Cities Alliance.

As the Local and Regional Government constituency we would further like to commend the important efforts made by the constituencies organising the different Assemblies: Women, Youth and Local and Regional Governments. Without them the World Urban Forum would have been less vibrant and the voices heard much less diverse. A special mention goes to our friends of the Global Assembly of Partners (GAP) that have ensured once again great coordination among the different constituencies and stakeholders.

Count on us to contribute to the mobilization of all stakeholders in an implementation process which will prove to be essential in order to accomplish the goals set in the agendas. It remains impossible, however, not to look at the future with a certain degree of optimism if the objectives set in the Declaration are taken into account.