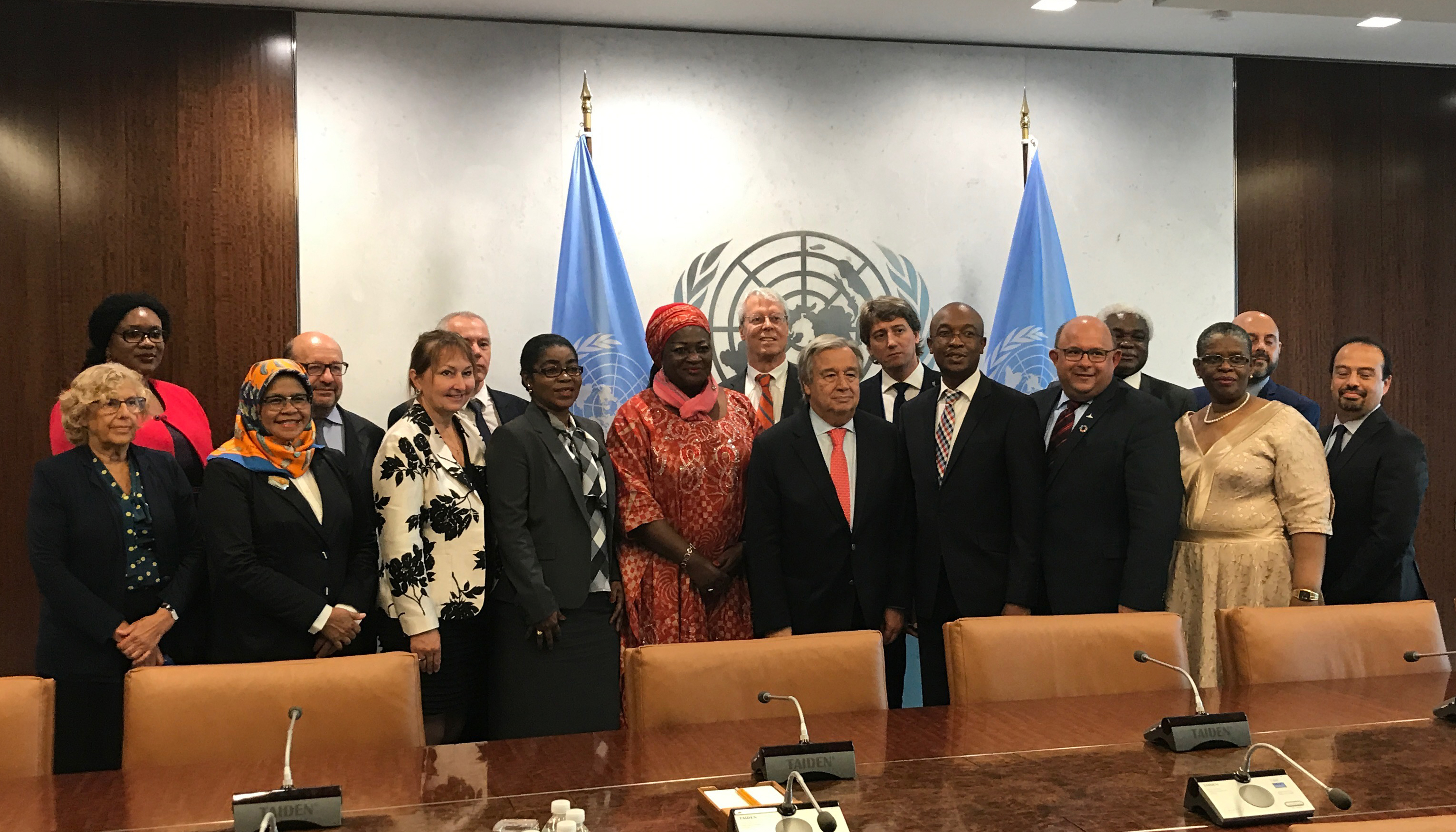 From 5 to 6 of September 2017, a delegation of local and regional leaders and representatives of the networks of the Global Taskforce participated in the high-level meeting convened by the President of the UN General Assembly on the New Urban Agenda and UN-Habitat in New York.

The meeting aimed to discuss the report of the Independent Panel to Assess, Enhance Effectiveness of UN-Habitat after the Adoption of the New Urban Agenda and next steps to ensure the achievement of the agenda over the coming decades.

On Monday, 4 September, the Global Taskforce of Local and Regional Governments met to adopt a joint statement on the report of the Independent Panel. 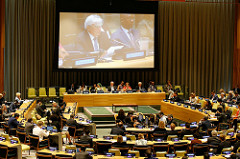 On Tuesday, 5 September, Parks Tau presented the Interactive Panel’s report in the High Level Meeting as Co-Chair. In his intervention, Tau highlighted the timely nature of the exercise and the importance of taking the involvement of local governments and civil society in global governance to the next level, learning from existing experiences such as UNACLA.

“The challenges are so great that there needs to be total change in the way we approach development and we will need to include a greater number of actors. Our report makes a clear case for universality and for taking the involvement of non-state actors and local governments to a different level.” Parks Tau 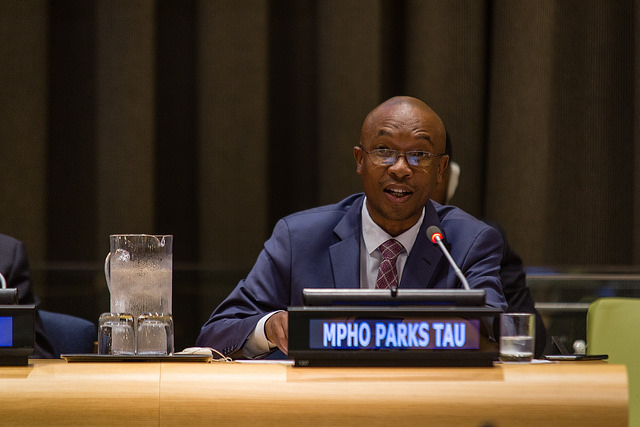 Co-Chair of the Independent Assessment Panel and Secretary of Agrarian, Territorial and Urban Development of Mexico, Rosario Robles, added “by its very nature the New Urban Agenda is a territorial agenda, an agenda that deals with towns, cities and their rural surroundings. It therefore cannot be achieved without the active commitment and participation of local and regional governments who are in direct contract with territories.”

Local leaders then participated in the Stakeholder consultation on the Report of the High Level Independent Panel, where they welcomed the idea of UN Urban and called for the issue of urbanization to be mainstreamed across the UN. They also called for an integrated territorial approach to urbanization to bridge the artificial urban-rural divide.

Mayors also reiterated the Global Taskforce’s longstanding call for the governmental status of local and regional governments to be recognized with an enhanced status in the UN system.

“We need transversal strategies that bring together all efforts to implement the New Urban Agenda. Local and regional governments are natural and key partners in this endeavour." Mayor of Soria and Vice-President of CEMR and UCLG, Carlos Martínez Mínguez

On Wednesday, 6 September, local leaders participated in interactive panels on the implementation of the New Urban Agenda and the SDGs, with a focus on the role played by the UN and multi-stakeholder collaboration, respectively.

That same day, local and regional leaders attended a lunch hosted by President of the UN General Assembly, Peter Thomson. The conversation during the luncheon was facilitated by Assistant Secretary General, Thomas Gass, who stressed the need to ensure the link between the global agenda and the local actions. Mayors had the opportunity to highlight priorities in relation to the New Urban Agenda and announced their commitment to work closely with the UN towards the High Level Political Forum.

The delegation closed with a meeting with UN Secretary General, António Guterres, at which local leaders highlighted the contributions of local and regional governments to the overall UN sustainable development agenda and expressed their full support for the achievement of the global agendas.

The Secretary General expressed his appreciation for the support of local and regional governments and his will for the United Nations to explore new ways of collaboration with the constituency to achieve the successful implementation of the NUA.